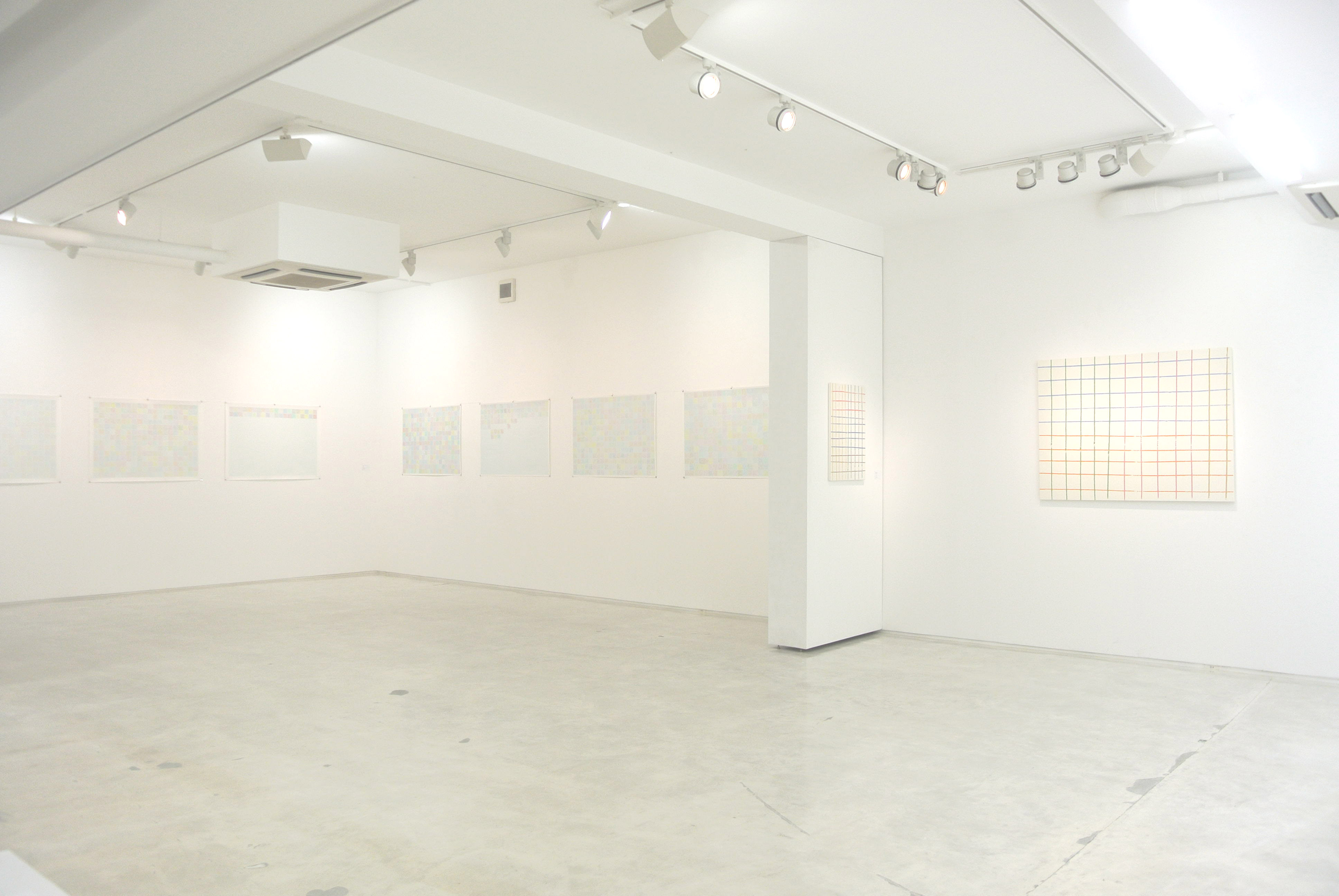 Kenji Inumaki was born in 1943, Osaka Japan. In the 1970s he created, with thread, eye-deceiving sculptures which appeared as if a piece of glass was standing diagonally and with simply tying wire, multiples of cubic structures. Such works have been highly appreciated as a movement having emerged in conjunction with the Mono-ha. He has been a participant in numerous important exhibitions including, ‘The 10th Japanese International Art Exhibition: Between Man and Matter’, 1970 and ‘The 8 th Paris Youth Biennale’, 1973. Such practice of ‘placing a primary structure in space’ has become the foundation of his creations. Since the mid 1970s, he consistently creates works which are the results of repeating a simple task, such as faintly coloring in graph paper grids with coloring pencils, drawing with sumi ink lines from a sumitsubo (sumi inkpot) and the ‘White works series – Sort of primitive idealistic space’ by applying thick layers of white paint.
For this second solo exhibition at Gallery Yamaki Fine Art, we will present around 10 works, mainly his recent creations of color pencil on graphite paper.