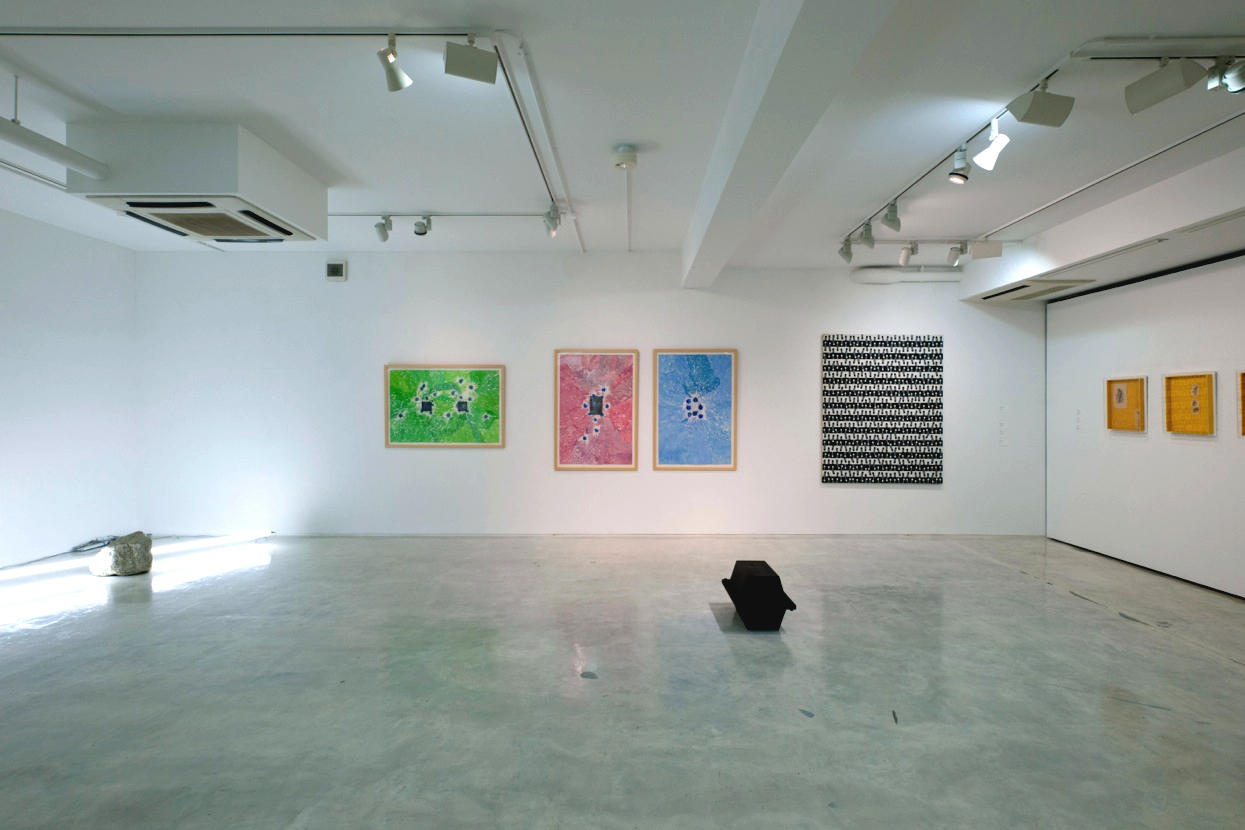 Gallery Yamaki Fine Art is proud to announce ‘Special Show / Tatsuo KAWAGUCHI Kenji INUMAKI’. In this show we will put on display works from our gallery’s featuring artists; Tatsuo Kawaguchi and Kenji Inumaki. Kawaguchi’s rare paintings from his earliest career to his most significant recent works including ‘Stone and Light’ and ‘DARKBOX’ will be exhibited along with Inumaki’s work from the white series as well as works from ‘Something like a pattern’, a series previously presented this year at Gallery Yamaki Fine Art. We hope all visitors to enjoy this great opportunity. Tatsuo KAWAGUCHI (born in 1940, Kobe) participated in Group I which had formed in the mid 1960s in Kobe . As an avant-garde artist representing Japanese post war, he has been continually developing works until the present time. Incorporating materials ranging from iron, plant seeds and fossils, he reveals the connections between the ‘visible’ and ‘invisible’, creating numerous works posing questions on life and on the times we live; past ? present – future. Kawaguchi has held countless solo exhibitions; in 1998 ‘Sealed Time’, Art Tower Mito, Ibaraki / in 2007 ‘The Invisible and The Visible’, Hyogo Prefectural Museum of Art, Hyogo and Nagoya City Art Museum , Aichi / in 2009 ‘Language, Time, Life’, The National Museum of Modern Art, Tokyo and has received constant acclaim. Furthermore he has participated in historically significant exhibitions overseas such as; in 1986 ‘ Japon des Avant Gardes 1910-1970′, Centre Georges Pompidou, France and in 1989 ‘Magiciens de la Terre’, Centre Georges Pompidou, France, and is gaining worldwide recognition.

Kenji Inumaki (born in 1943, Osaka ) initially started his career producing sculptures inspired by primary structures. For one particular artwork, he manipulated thread to create an eye-deceiving effect as if was a piece of glass standing diagonally, and for another piece he simply tied wire to shape a series of cubic sculptures. The act of placing the most primary structure in a space has been from his earliest years until today, a continual method which runs through his creations. In the 1970s he developed works of faintly colored squares using coloring pencils on graph paper, works drawn with sumi ink lines from a sumitsubo (sumi inkpot), works of the ‘White works series – Sort of primitive idealistic space’ series created by applying thick layers of white paint and many more. Despite the variety in his expressions, he consistently created works which derive from the process of repeating a simple task. Especially the white painting series have been collected by Japanese established museums such as The National Museum of Modern Art, Tokyo , The National Museum of Art Osaka and Toyota Municipal Museum of Art, therefore has become to be recognized as Inumaki’s representative work. In February 2014, he exclusively revealed his new body of works ‘Something in some kind of a line pattern’ at Gallery Yamaki Fine Art in which he developed a technique of drawing grids by scratching the surface.