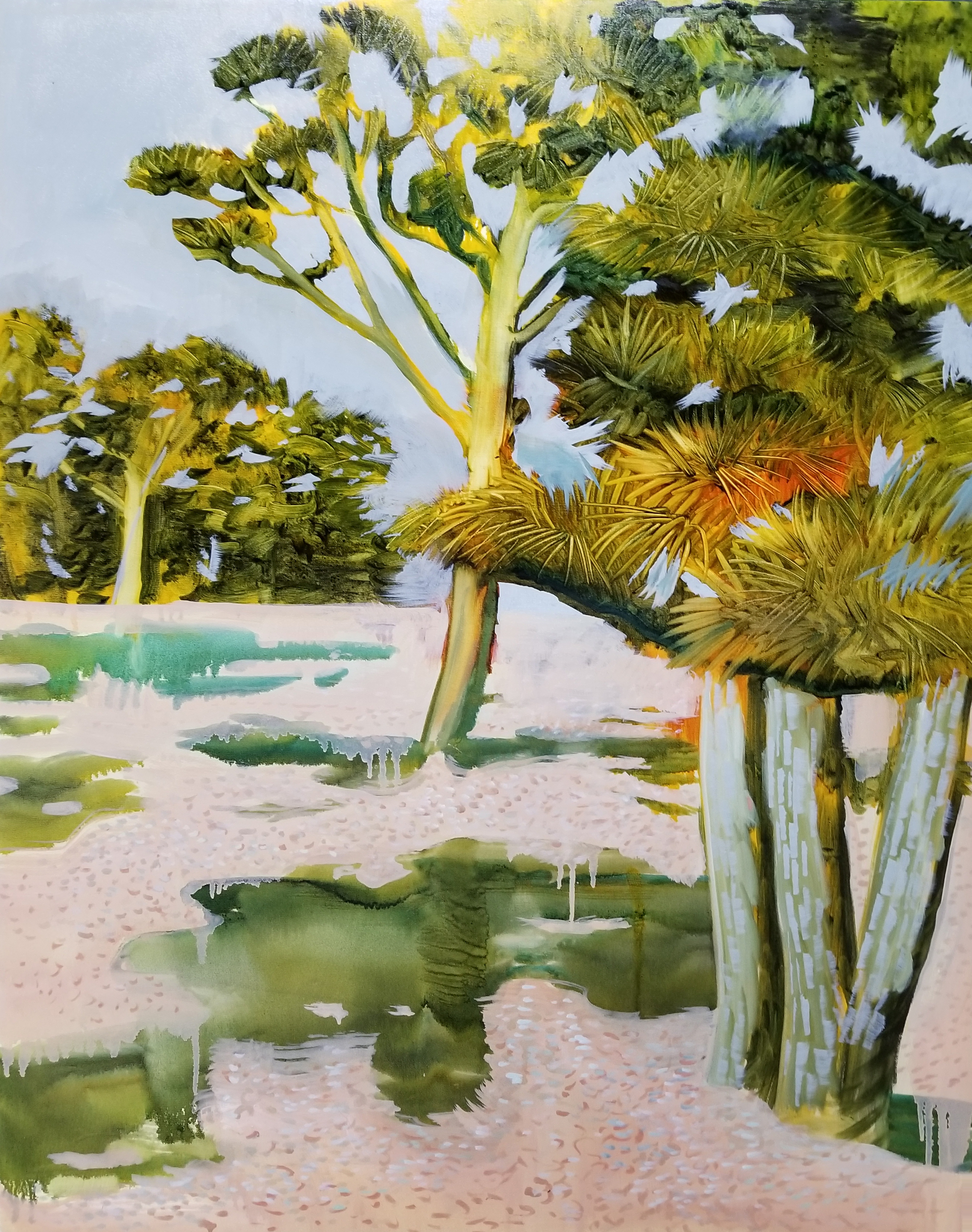 Gallery Yamaki Fine Art is pleased to announce the solo show of Asuka NAKAYAMA. Nakayama is a promising artist whose work is going to be exhibited in the 26th VOCA exhibition (The Ueno Royal Museum, Tokyo), an art exhibition known as a gateway for young artists. The coming show for the third time at our gallery exhibits her latest works. After the last show, she has experienced a big change in her personal life: the second childbirth and the nursing of two children. This change, in which she must play the role not only of a woman but as a “mother,” is strongly indicated in her latest works.

Nakayama has drawn the scenery in which the natural and the artificial are jumbled such as uncanny plants growing thick among neatly arranged furniture and foods. Such strange landscapes are attributed to her instinctive feeling of “uncomfortableness” and “contradiction” she felt in living two lifestyles alternately: urban life and country life in her hometown. In addition, further “contradictions” influence her a lot, such as busy life vs. feeling of entrapment, hope vs. anxiety, all of which she newly encounters during pregnancy and parenting.

In an attempt to capture such significant events objectively, she has started to draw her children as plants, according to the artist. She often draws the straw in recent years as a symbol of protection, and as a motif that has the role as a warmer or an insect repellent. This well shows her wish to protect her children. In Rapunzel, among the latest works, one can see the straw covering the root of plant, and the long hair of Rapunzel hiding the whole plant, while the leaves coming out of it. That seems to express the future of her children who will leave the nest someday. This painting portrays two contradictory desires, to protect children in a safe environment and to let them be independent, more objectively than before with her sophisticated humor.

We hope it will be a great opportunity to see her works which have acquired universality while looking like her autobiographical picture books.