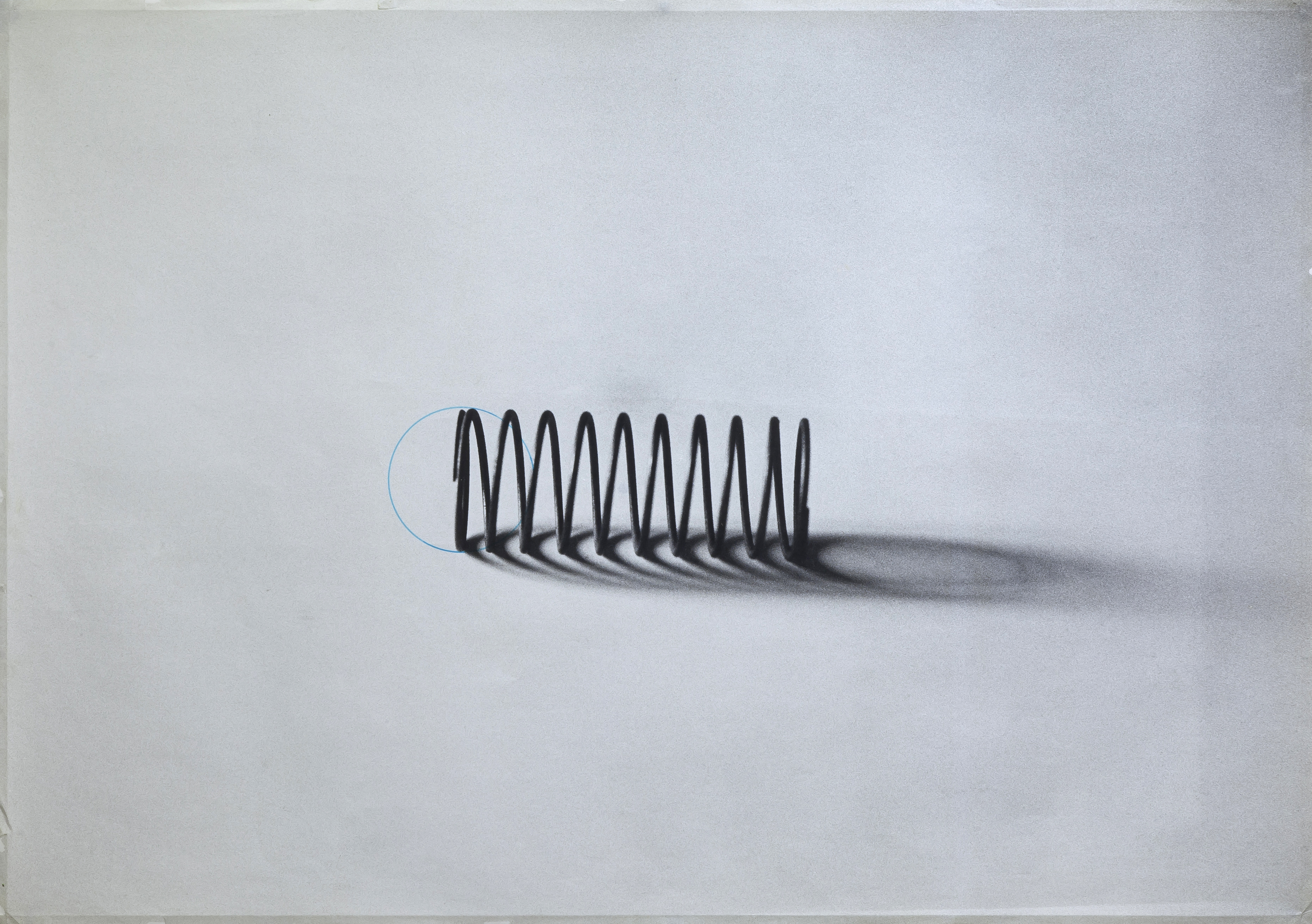 Kazuyo Kinoshita (1939-1994) is an artist who made a striking impression on postwar Japanese art, through photography and painting as her main media. Kinoshita’s background of creation can be traced to a wide range of movements during the first two decades after World WarⅡ, such as Gutai, Mono-ha, High Red Center and Neo-Dada in Kansai area. She has also go along with an artist group called “i” in Kobe around her first solo exhibition. However, that she did not always follow the movements should be specially mentioned when the relevance between female artist and the art movements of that time is concerned.

Kazuyo Kinoshita was born in Kobe, Hyogo Prefecture in 1939. From 1973 to 1980, she applied a sort of electric reproduction technology called “Xerography” (blueprint) in her works and requestioned the existence of human’s consciousness through her creation. In order to accomplish the works, the artist took pictures of papery objects which had been drawn, folded or warped by herself, and then depicted planar image of the same line or circle with the image in the objects on photographs. The unique dual structure, the superposition of two-dimensional image and three-dimensional image, of digital and analogue, creates the visual /cognitive divergence between certainty and uncertainty of “existence”. The divergence triggers the people who “sees” to ponder the question of “What is the existence” and the behavior of “see”. The question toward “see” in the works of Kinoshita can also be considered as the verification of the way “I” take part in the world.
Kinoshita began to think it impossible to make the satisfactory explanation about the “being” itself by juxtaposing things in order to relate themselves, or even weak to reason the self-being. From 1982, she started new attempt on painting with her creative attitude. A strong concern to sensibility basing on physicality can be found in the strokes and colors conveyed by hand’s acting paths in her paintings. In her oil paintings of later years, she introduced a technique into her creation- daubing in the canvas with pigment and wiping out with cloth afterwards. The stroke of daubing and the vestige of wiping render a kind of tension to texture of painting and exhibition space. Daubing and wiping out pigment can be considered to confirm the existence of the action and the artist who was making the action. In the other hand, the technique can also be regarded as the disconfirm to the artist’s action or the existence of the works. For creating the artwork, the action of daubing and wiping out are behaved and show correspondent value with the very existence of the work. Kinoshita has succeeded in transforming the contradictory into the evidence showing essential and correspondent value for the creation of existence.
This exhibition introduces an artist who had been striving to elevate some part of herself to open “consciousness” – “eye”. She had kept trying to eliminate the barrier between subject and object, integrate the existence with the behavior of observing it. Perhaps we could acquire an exciting experience of vibrating the cognition and sensibility through observing Kinoshita’s firm volition. The artworks by Kinoshita are being profoundly revalued in recent years and it would be our great honor to have your appreciation.