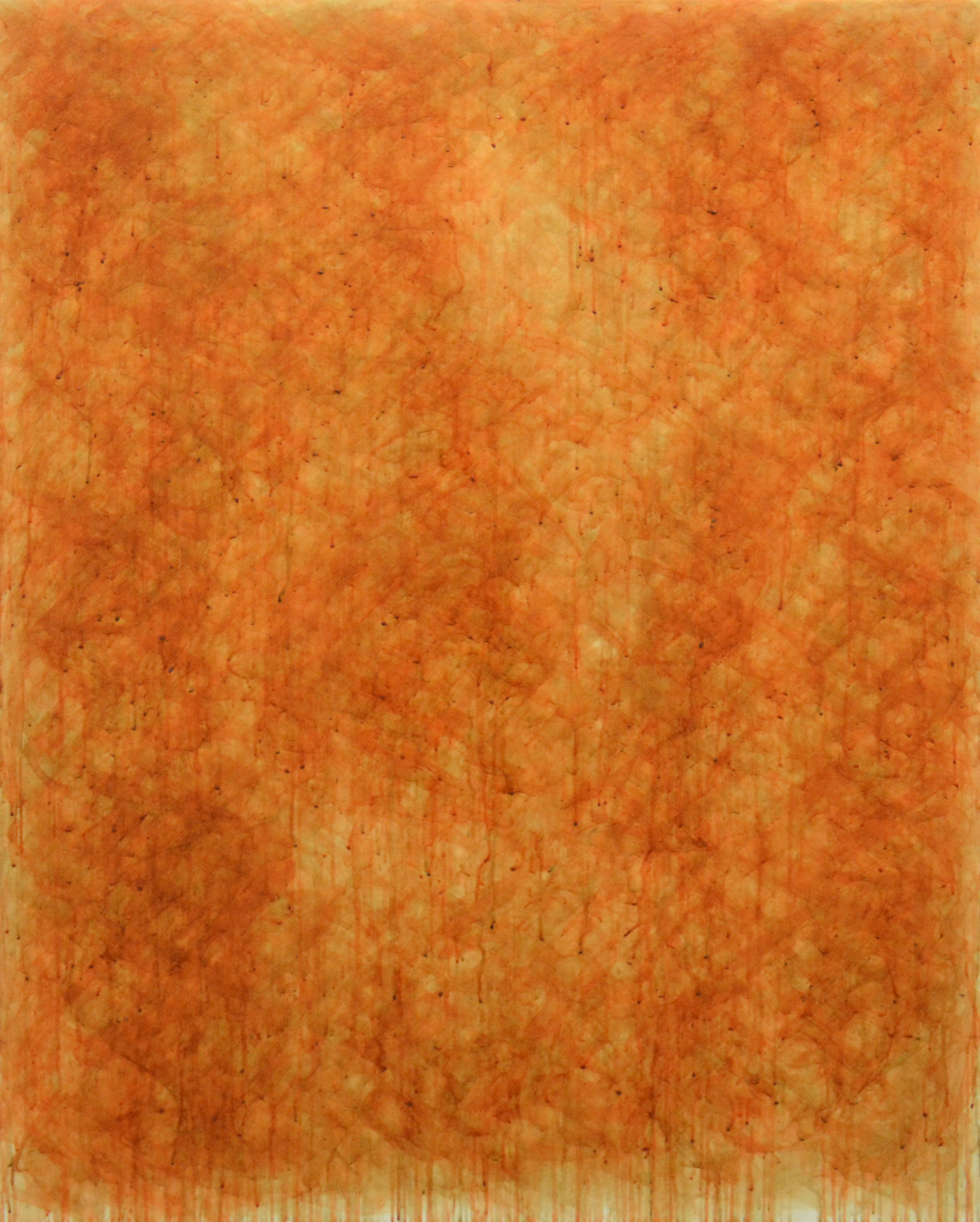 Gallery Yamaki Fine Art is pleased to announce to give 「Study Umber…。」, a new exhibition of Kenji.
INUMAKI. Kenji Inumaki was born in 1943, Osaka Japan. Around 1970, some wire works and some of his unique sculptures which appeared as if a piece of glass was standing diagonally got him people’s attention. Inumaki interpreted and composed minimal art based on traditional Japanese culture when creating. Participating important exhibitions including ‘The 10th Japanese International Art Exhibition: Between Man and Matter (1970, curated by Yusuke Nakahara)’ and ‘The 8th Paris Youth Biennale (1973)’, his works have been highly appreciated as a movement having emerged in conjunction with the Mono-ha.
From the mid 1970s, minimal yet original works that connoted fluctuation had been created; faintly hued graph paper grids with color pencils, drawing grids with sumi ink lines from a sumitsubo (sumi inkpot) and a series of ‘Sort of primitive idealistic space’ by applying thick layers of white paint. As Yusuke Nakahara once dubbed the artist “line-ism”, Inumaki has consistently created body of work that the repetition of the act of drawing lines becomes the result, the expression.
Umber is a soil-originated pigment of dark brown. The latest work 《Burnt sienna, Raw umber》 is created by the repeated line drawing of the artist using sienna and umber. Every single line is drawn carefully but casually not to make any significance. Gradually, the lines are layered one after another on canvas and made gradation of shades, and show dynamism regardless of the creator’s intention. Also dripping colors made an expressionistic impression which is contrary to the abstinent attitude towards the creating act of the artist. With the sharp view of the modern world, Inumaki tries to reflect the contemporary relationship between man and matter on this work, changing the materials and techniques.
This is INUMKAI’s third exhibition at Gallery Yamaki Fine Art with new beautiful softly colored paintings after 4 years interval. Please do not miss this opportunity to see his recent attempt. (Kazuhiro Suzuki)