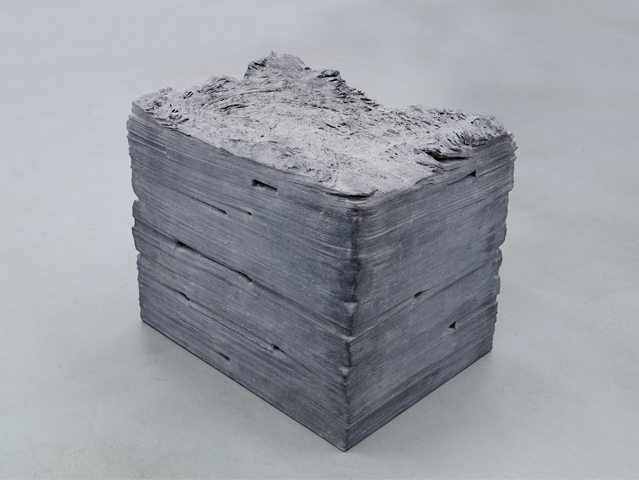 Masao SASAKI was born in Kyoto in 1964. In 1983, he met a famous sculpture, Saburo MURAOKA (1928-2013) at Shiga University where SASAKI as an education student and a professor. With philosophic perspective, SASAKI has pursued various styles of expression starting with paintings and sculpting.

Exhibited at Gallery Yamaki Fine Art were mass of ashes of burned printed matters such as newspaper, magazines, books, or burned fabric that were stuck a lot of scraps from printed matters. Sasaki considers printed matters as a media that define the reason of being part of community. He turns them back to just the materials and tries to find the otherness in it.