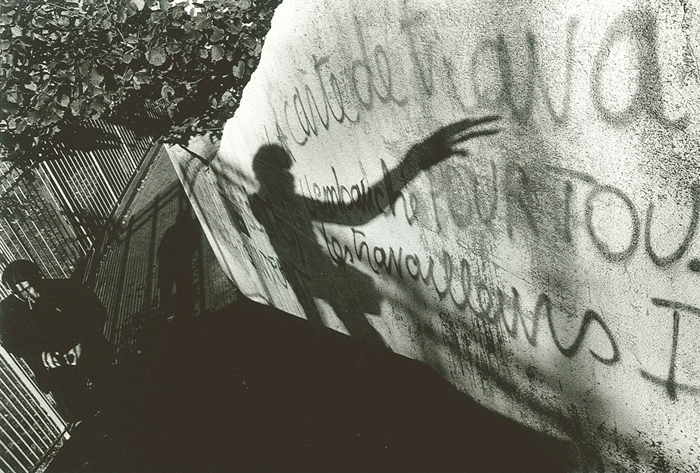 Jun ARAO （1938-2002） started his career as a commercial cameraman to take artworks and portraits of artist. However, once he saw Paris, his longed-for city, he was captured by the charm of the place and set his mind to become a freelance. His objects were people in a bar, houses on the back alleys, an old man taking a nap, workmen on a break, and children playing in the park.
Those photos are all simple and casual, snaps of the ordinary moments of common people and streets. However, in the frames, there are mingle of various expressions and gestures of citizens living in a city and also of the houses and rooms where many people had lived in the past many years, of the animals leading tough lives surrounded by human-beings, that convey the depth of Paris. There are sometimes the figure of Arao himself in the frames, an artist who always had been am outsider. That not only guides the viewers but talks to them the ancient story of the city.
This is the first retrospective show in Kobe after the artist passed away and introduces photos of 70s Paris. It is our pleasure if you come and enjoy the photos, which were captured “by his unique use of palm”, as Ryohei KOISO wrote about ARAO’s works.