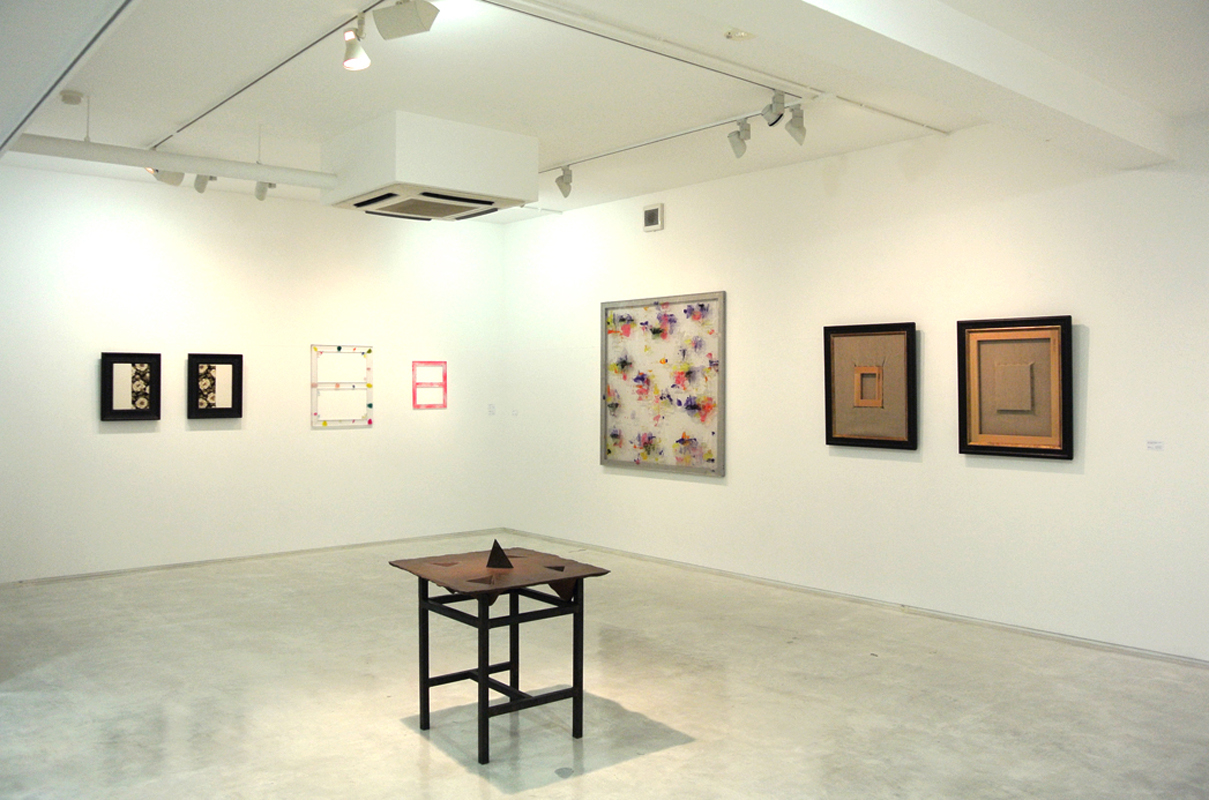 The word MONO-HA, literally means ‘school of things’, designates a group of artists in Japan who were active both before and after the year 1970, and who attempted to bring out some artistic language from “things”, by letting them appear on the stage of artistic expression, no longer as mere materials, but allowing them a leading part. Using mostly found or natural materials, their works sought to question not only the traditions of Western art but by extension to challenge conventional notions of art.

Support / Surfaces was interested in ignored aspects of painting; concepts like ‘support’ and ‘surface’ and the presence of painting as a product of individual labor. Early exhibitions took place in towns like Coaraze, Montpelier , Nimes and Nice in the mid-1960s. Challenging the conventional, members questioned the role of painting as both an object and a social one, and regarded their task as deconstruction and individualization of the elements of painting,

Juxtaposing Mono-ha and Support / Surface artists, this exhibition concerns the relationship between these art movements in Japan and France, highlighting the contemporariness seen in them; both developed wide practice since the 60s. While either of the movements emerged from totally different contexts, materialistic approach by both of them and expression as fruits of this approach were close to one another. Thus the contemporariness of the two has long been pointed out.

It is clear that they were completely distinct parties, both in idea and in the concept of work. By bringing “things” together for materials to speak for themselves, Mono-ha had presented phases of materials, while Support / Surface, in South of France, dissolved the framework of traditional painting and took in materialistic expression, on the background of May 1968 events in France.

This new experimental approach could shed a meaningful light on the way to look at different art movements by urging the viewers to think them mutually. We are happy if this exhibition will be a trigger of it.