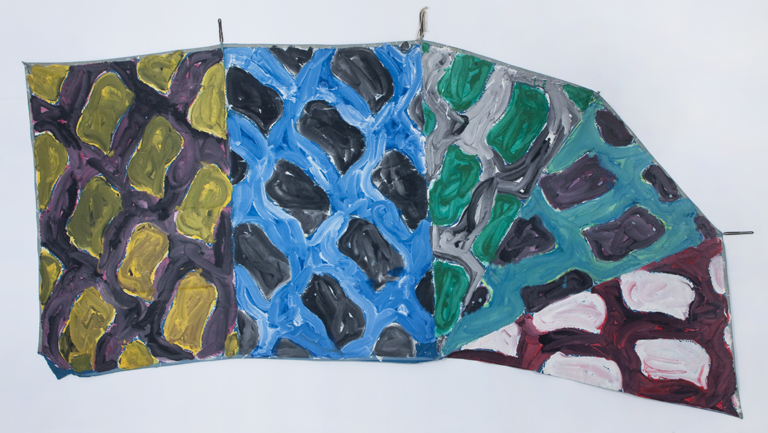 Claud VIALLAT (1936- , Born in Nimes, France) is a French contemporary artist
who used to be active as a “Support/ Surface” group, which is an art movement arose in the end of 1960s in France. He has developed his own unique style for 40 years as a challenge to the classical art tradition, which is to paint the similar bean-shaped figures repeatedly on unframed canvas or printed textile, or to hang those paintings in the air so that there is no front or back. You can feel and see the vast width and depth in a simple bean-shaped, or cell like pattern.